If you ask me, Joseph is more street smart than actual smart.

I still think jotaro is the smartest... would like to hear why anyone thinks otherwise

Joseph depends on battle expertise more than actual strength and this is shown against esidesi, wamuu,Lars and CEASAR. When he fought against ceasar he had weaker and still defeated him using a pigeon. And he outsmarted esidesi's outsmarting, fucked up wamuu, and bamboozled the fuck out of kars. In jotaros fight against dio his only smart moments were in trying to be dead and when he stopped time after dio's time stop finished

I don't think those examples for Joseph count as smart, so much as they are sly. I voted for Giorno because he was so knowledgeable that he created a vaccine to counteract Purple Haze's virus. And also created a copy of Coco Jumbo and Mr. President in the brooch he gave, just in case Bruno needed to subdue Diavolo (who keep in mind Giorno knew nothing about the boss' identity or King Crimson) long enough for Bucciarati/Trish to escape.

I can see why, but jotaro done countless things to show he is the smartest. The smoke trick on the captain, the magnet trick on dio, outsmarting both d'arbys. His whole fight with dio shows how smart this guy is. Not also including in part 4 his detective work. Joseph is sly and cunning, not that smart when it comes to battle. There is so much more in part 3

I mean Joseph had as much "bamboozled the fuck out of you" moments as jotaro which is amazing since his part was the second shortest part and still outwitted a good amount of people that are almost as much as jotaro outsmarted. And in the second D'arby part he couldnt have done it without joseph who latched on and is technically the one who won the fight against the second darby. And tbh this conversation getting old. Jotaro is my favorite JoJo but Joseph had many iconic moments in taking down his enemies even though he was the second weakest jojo in the series and he relied on expertise more than power so I had to give it to 'em. I mean I love jotaro just as much if not more but in terms of smart I gotta give it to joseph 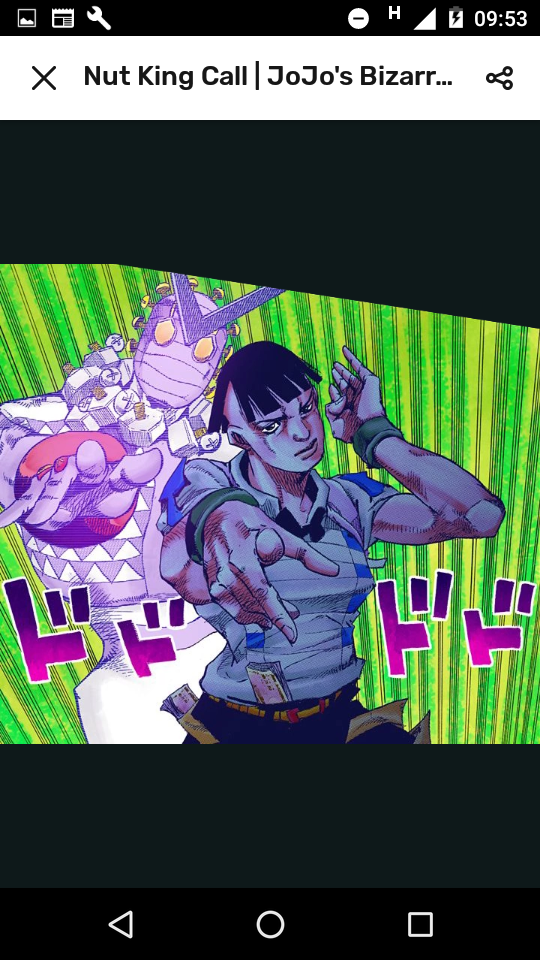