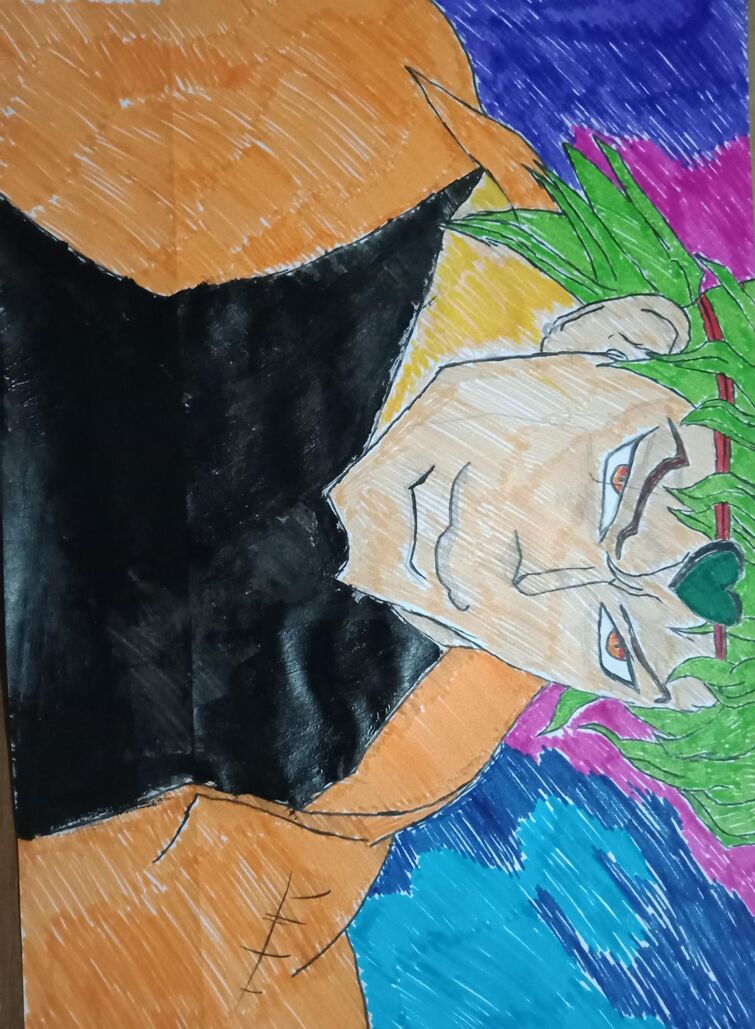 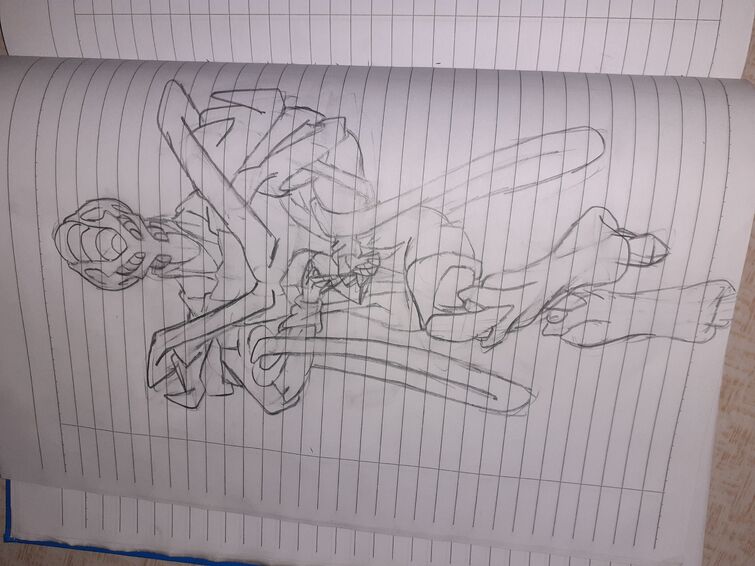 Its activation are instantaneous, reacted through any intent of going against the Will of Kakyoin either through Actions or if Kakyoin wills HGR too activate.

The effect of Disconnections are by putting the Reality/Perspective of Kakyoin's enemy into a dream-like trance, not being able to have a step towards the Real World and leaving their body at most vulnerable until Kakyoin desires them to be free from this Effect.

While somebody are in this dream state, they are not only vulnerable from external forces but by internal forces as well. While in one's subconcious, HGR reigns supreme. Their insecurities, fears, secrets are exposed and could be used against them in the form of a traumatizing nightmare. Any damage taken in this nigtmare are taken as a mental scar if the enemy somehow snapped out of the dream and if the enemy dies in the nightmare, they are rendered braindead. 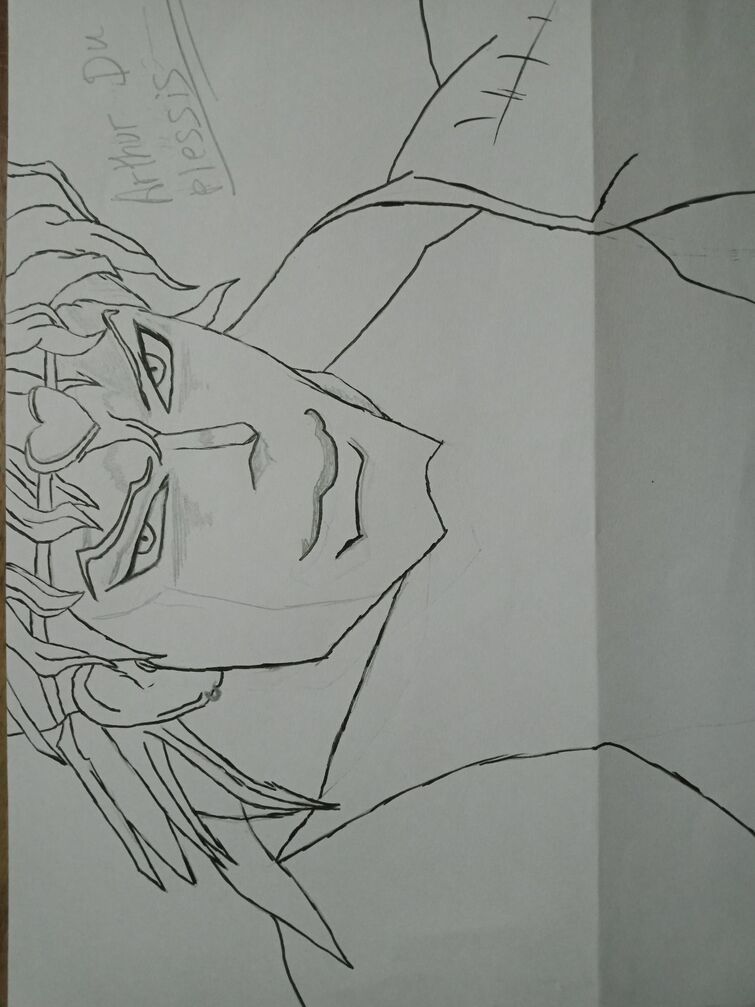 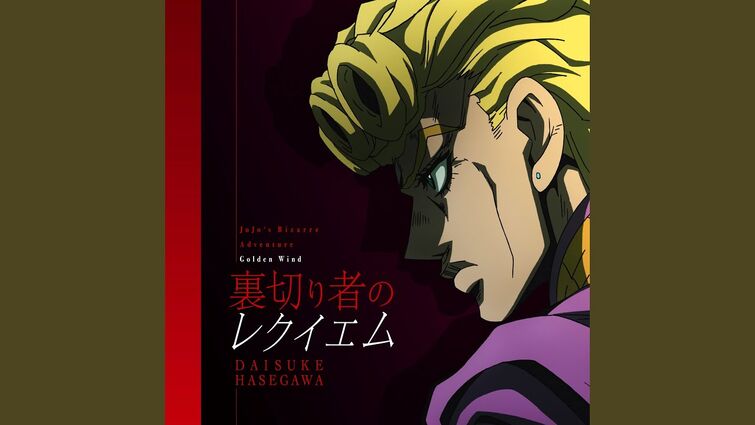 Lukas jumped at Joji's sudden jolt, the way he got up seemed impossible, arms didn't even supported his body as he just float off the ground. The way he checked his surroundings are that off a curious animal that was put in an unfamiliar spot, hell, he's even started sniffing the ground.

Joji then turned towards Lukas full horror movie style with the corny "neck suppose to be snapped", adrenaline filling Lukas' body once again. Though he usually roll his eyes whenever that neck twisting appears in movies, it was much more terrifying when in person. ":D Hello. :D", Joji said in a voice that isn't his own, it was near robotic yet it's full of emotions of joy and wonder, Lukas immediately knew that whatever this is, it's not his friend.

This Thing is approaching in a zombie-like walking manner but what is he going to do about it? His ankles are fu-[BEEP]-ed and he couldn't summon his stand due to how weak he is. It stood before Lukas in a nonchalant manner as it kneeled just as blankly, ":( You look vulnerable. :(", the thing said, its tone still robotic but seemed to ditch the emotions. Lukas, already getting the premise of this whole thing, just closed his eyes and waits for whatever the hell this thing is going to do does whatever it's going to do.

As those sentence were heard, Lukas felt nothing but ease and tranquility fill his body as the feeling of his legs returned. "What..?", he said as he opens his eyes to meet a 4 leaf clover on the ground. Lukas got up and looked at his previously useless pair of legs.. untouched, like the fight against that purple virus psychopath never happened. Lukas looked up in disbelief, towards the thing that was using Joji's corpse like a puppet.

The smile it had was one of pure malice, as if it would bite his face off the moment Lukas made a wrong move but.. Lukas couldn't explain it, but, it looked like a smile of somebody he could trust.

":] You called me Joji earlier, is that my name? :]", the thing asked back, giving Lukas a moment of silence before saying "Is that what you want to be called?" which the thing shook its head in return,

Lukas faced the floor with his finger on his chin "... Ku[Jo Jo]ji..", he thought to himself before looking back up, "How about JoJo? Do you like that?"

Mellow Yellow is the stand of Dan Ovin.

Dan Ovin is an extremely perverted man, of an indeterminate size, as he is always seen in raggedy clothes in a dark alleyway, usually touching or rubbing a part of his body.

Appearance: Mellow Yellow doesn't have a real appearance, as the stand is internal.

Ability: Mellow Yellow can increase the acidity of Dan's skin, to the point of instant melting of an object if it comes into contact with Dan's skin. The only way that Dan can activate this stand is if he drinks the urine of anyone that is not himself. 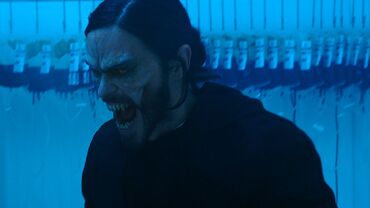 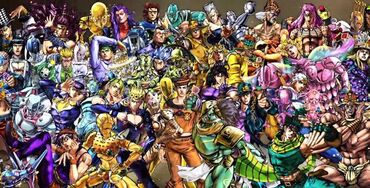 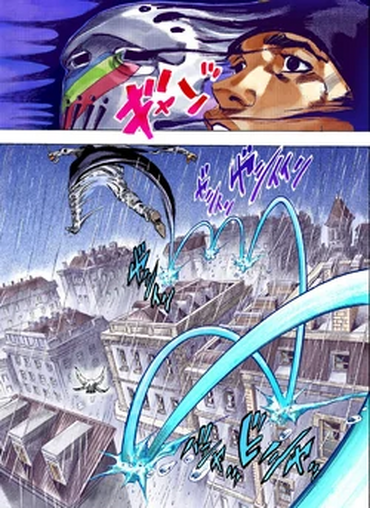 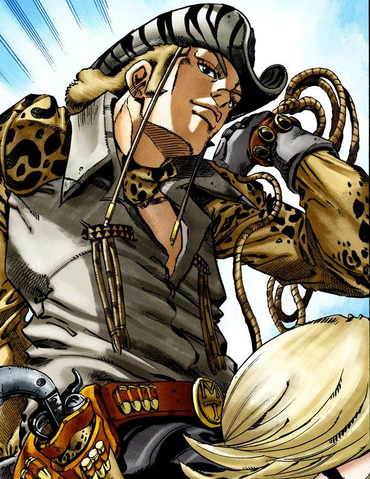 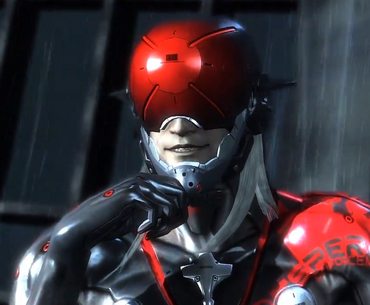 Ok, so I've been hearing that Giorno Giovanna is a good anime protagonist. Which I say is THE BIGGEST AMOUNT OF BS I'VE HEARD SINCE PEOPLE BELIEVING THAT THE EARTH IS FLAT! I made 2 lists on the topic of Giorno being the worst Jojo ever. But still, part 5 fans are not listening to facts and are still trying to defend poor writing. So in order to finally convince U and those fans that Giorno sucks I will be comparing him to another anime protagonist from my personal favorite anime known as American history. What anime protag? Well simple. It's the man, the myth, the legend. The 35th president JFK! 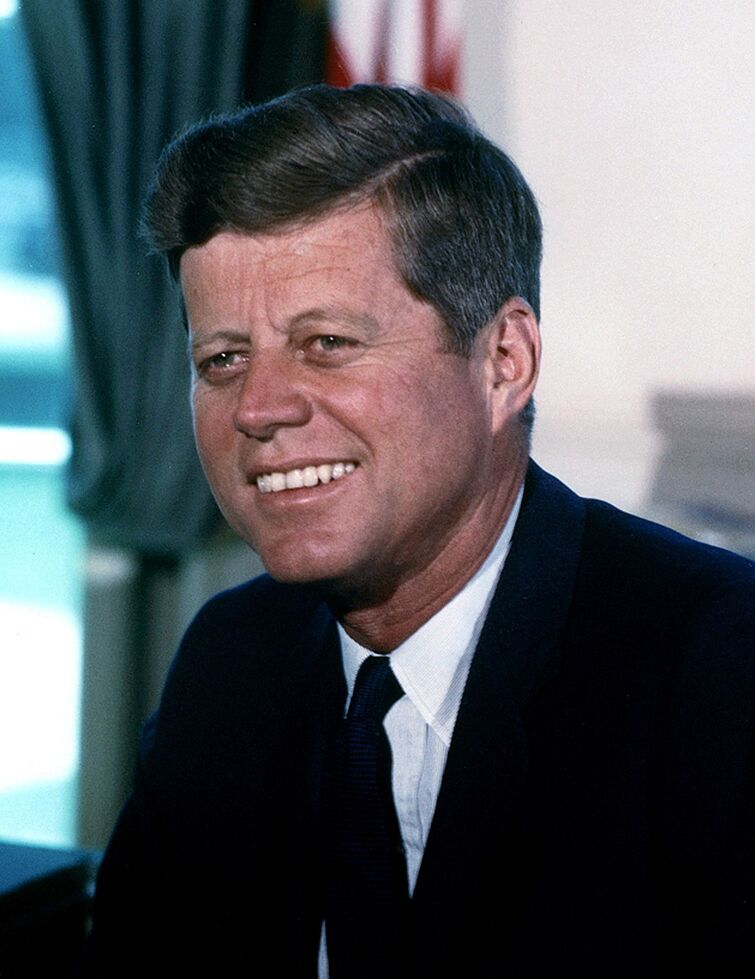 For his backstory and his character, check out this link:

Now anyways. LET'S GET TO THE LIST SHALL WE?

4. JFK's motivations are way better than Giornos! Giorno wanted to make Italy "A better place." By being a mob boss. THAT'S REALLY STUPID! WHY CAN'T U JUST BECOME THE LEADER OF THE NATION OR SOMETHING! JFK had a way better motivation by being the leader of the U.S during a very bad time in the cold war story arc. Something that Giorno would screw up cuz he sucks!

5. JFK's design is really great! His hair is great and his suit was just as good, if not even better. GIORNO'S DESIGN SUCKS! His suit is cringe and his hair is extremely stupid. WHY DO PEOPLE LIKE THIS GUY!

(edited by IDontHaveAGoodUsernameIdea)
Highway Star
Yes it would have made SO 10x better
No it was fine.
Idk man....
I don't care.