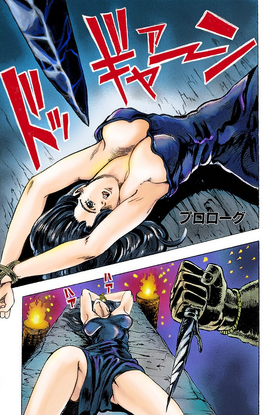 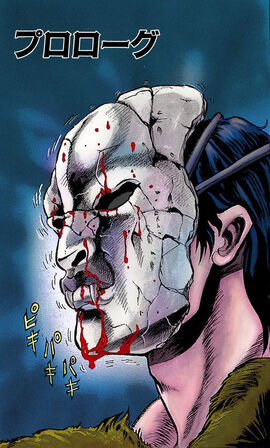 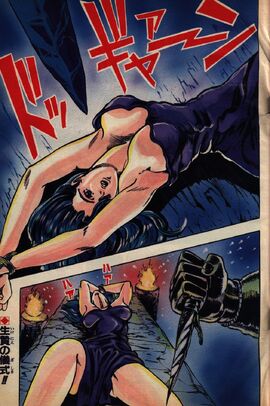 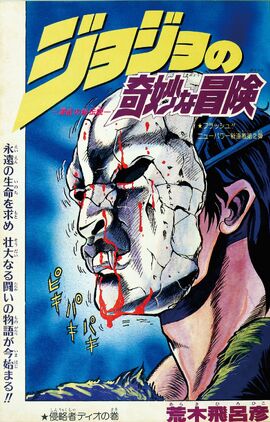 Between the 12th and 16th century, an ancient Aztec ritual takes place in Mexico, where a man wearing a Stone Mask sacrifices a young woman. Her blood splatters onto the mask, and bone-like prongs sprout from it piercing the man's head. He screams to his audience that he has gained eternal life, and commands that the man next to him offer his life. The masked man's fingers pierce his subordinate's neck and he drains him of his blood. The narration tells of the great tribe which tried to conquer the world with the help of the Stone Mask and its powers, before suddenly disappearing from history.

In the year 1880, Dario Brando, an old man on his death bed, tells his son, Dio, of a debt that a man owed him. He recalls that in 1868, an accident had occurred involving a carriage that had been carrying a couple and their baby son. Coming from a bar, Dario and an accompanying woman had stumbled upon the crash and decided to steal valuables from the corpses. Unbeknownst to Dario, the father George Joestar had survived the crash, as did his infant son, Jonathan, although his wife had died protecting the infant. Thinking Dario had come to save them, George offered Dario a reward for his "help."

Dario tells Dio to mail a certain letter to the Joestars, as he is sure George would foster Dio as fulfillment of his debt. Not long afterwards, Dario dies and is buried. Dio recalls all of his father's misdeeds toward him and his mother, and as a "goodbye," spits on the grave. He promises his father that he will take advantage of the Joestars in order to rise on the social ladder, and become the most successful person he can be.

At a different location, two boys have stolen a young girl named Erina's doll and are bullying her. A third youth comes to her rescue. After having his nose bloodied, the boy pulls out a handkerchief with his name embroidered on it: Jonathan Joestar. The bullies, spiteful against the privilege he has as a rich person, beat Jonathan up. In the end, he is able to get her doll back; he claims he helped her in order to be a true gentleman and not just for her thanks. As he leaves, Erina picks up the embroidered, dirty handkerchief he had forgotten and admires Jonathan's courage.

When Jonathan returns home, a carriage arrives carrying Dio. Jonathan promptly introduces himself to the boy who will now be living with him and his father, referring to himself as "JoJo," then calls his dog Danny in order to introduce him to Dio as well. Jonathan is quickly infuriated as Dio knees Danny in the jaw without warning, sending him flying. Dio internally begins devising his plan to psychologically and physically torture Jonathan and remain the sole heir of the Joestar fortune. 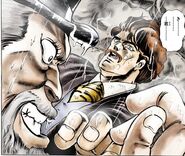 George Joestar thinks Dario has come to save him 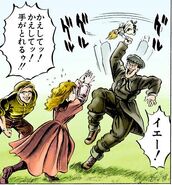 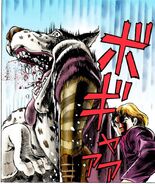