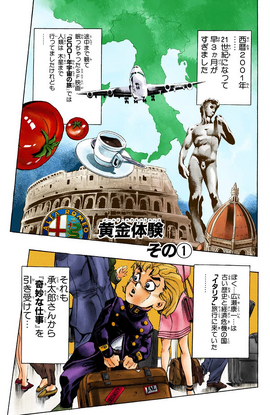 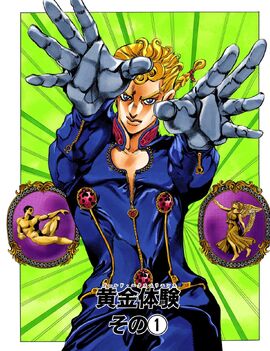 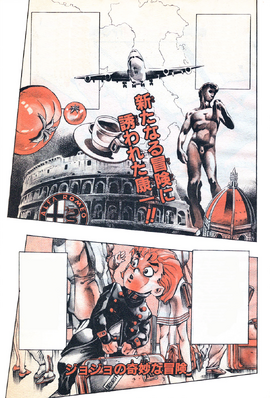 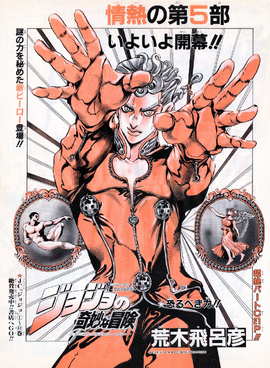 In 2001, two years after the death of Yoshikage Kira, Koichi Hirose arrives in Naples, Italy on a mission from Jotaro to locate a boy named Haruno Shiobana and retrieve a skin sample. After exiting the airport, Koichi worries about taxi fare before he immediately runs into a mysterious youth inserting his whole ear into his head, before slyly handing two airport security guards money in a small pack of cigarettes.

The youth offers Koichi his own personal taxi ride at lower cost than the others and with no line. He reluctantly accepts, putting his luggage in the back seat of the car, before the youth proceeds to drive off with the luggage. However, his car is stopped by Echoes ACT3's 3 Freeze. The youth, despite being hindered, confidently and calmly smirks at Koichi then flees. Koichi overhears the two guards from before revealing the name of the culprit: Giorno Giovanna, noting it to be similarly sounding to Haruno Shiobana, but refusing to accept the possibility that they might be the same person. Upon inspection of the stopped vehicle, Koichi believes his luggage had somehow disappeared from the taxi, before spotting a peculiar spherical mass in the passenger's seat. He then suddenly remembers the unwritten rule that Stand Users attract other Stand Users.