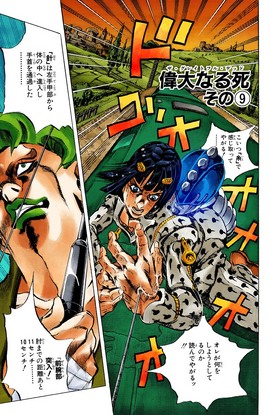 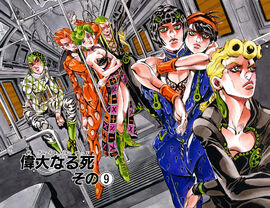 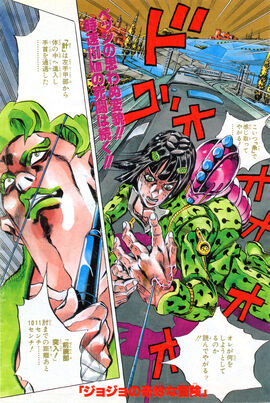 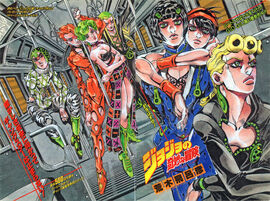 Pesci, now overflowing with confidence, sends Beach Boy's hook deeper into Bucciarati's arm. Bucciarati cuts off his arm with Sticky Fingers, however Pesci succeeds in inserting the hook back in. Pesci then jerks Beach Boy to the side, sending Bucciarati off the train. Bucciarati quickly grabs on to the side of the train, causing Pesci to then jerk him upward towards some power lines.

Bucciarati opens a zipper on the train roof, and falls into the train. Bucciarati seems to be safe for now, but he notices that the hook is now only centimeters away from his heart. To save himself, Bucciarati uses Sticky Fingers to break himself up into multiple pieces. Doing this however causes his blood to stop flowing, his heart to stop beating, and his lungs to stop breathing. Bucciarati proclaims that whoever has the strongest consciousness will be the winner of this fight.