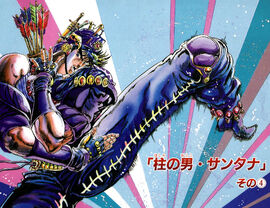 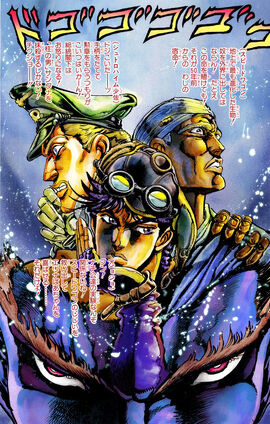 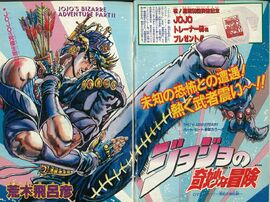 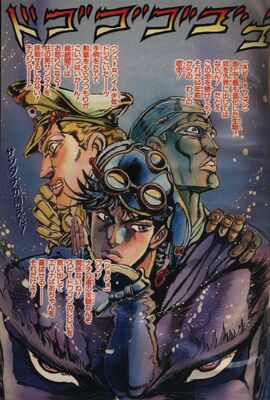 Stroheim and Speedwagon, both shocked by Santana's escape, resolve to destroy Santana somehow before he reaches the outside world. Stroheim is especially concerned, knowing that Santana could reach them in the observation room through the air duct as he would be responsible for creating Nazi Germany's most powerful enemy. Suddenly, Santana dives through the nearby grate and into the closest soldier’s body, inflating him to almost double the soldier’s original size.

Without hesitation, the rest of the soldiers open fire on their Nazi comrade's body, at Stroheim’s command. However, this does little more than tickle him, and Soldier-Santana points his finger like a gun at the other officers. This makes Stroheim believe that Santana is only repeating information, but this belief is shattered when Santana asks if they disturbed his sleep, confirming that he has high intelligence. Santana shoots from his fingers back at the soldiers, using the bullets that were lodged in his chest after the soldiers shot him.

A mysterious soldier tries to aid Speedwagon's escape from the line of fire, but when Speedwagon refuses his help, the soldier laments that he was always stubborn. Santana sheds the inflated soldier’s body, startling the other soldiers. The other strange soldier tears out the hair of a nearby officer. Using his hair, the mysterious soldier uses the “Ripple Hair Attack”, revealing himself as Joseph to Speedwagon. Using this attack, Joseph deflects Santana's bullets, which were coming straight toward him.