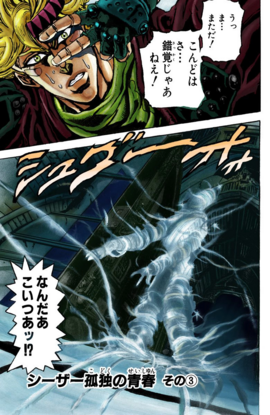 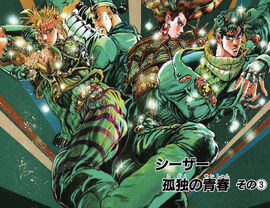 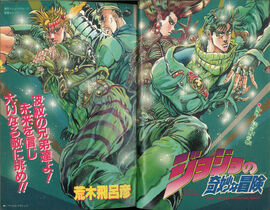 An invisible man stands in the doorway of the mansion, staring down Caesar. The ghostly man leaps into action, and disappears. Caesar, confused about who could be attacking him, naturally falls into a cat stance. At that moment, Messina arrives, only to get immediately ambushed by the invisible man. The ghostly man, now revealed to be Wamuu, cuts off Messina's arm, and drags him into the mansion. Caesar realizes that by creating a barrier of wind and steam Wamuu is capable of going into the sunlight and appear invisible for a short period of time. After the intensive training, Caesar's strength is now apparent to Wamuu, and Wamuu believes Caesar is now worthy of killing. However, Caesar has no plans to die, and uses his new Bubble Cutter technique which gets sucked in by Wamuu's wind, causing heavy damage.