Cinderella (シンデレラ, Shinderera) is the Stand of Aya Tsuji, featured in Diamond is Unbreakable.

Cinderella has the form of a feminine humanoid robot with long mechanical extremities and a spherical lower body (lacking legs in the anime). It has pronounced breasts and a thin waist while wearing a top resembling a bra. Its eyes resemble fashionista glasses, with the top of its head being similar to a beehive hairstyle.

In the colored manga, Cinderella is entirely pink. In the anime, the particular shade of pink varies depending on the body part; its torso is considerably darker, and the hands are pinkish white.

Cinderella's abilities are centered around cosmetic work and are exclusively used in that regard, it hasn't been shown to have any potential outside of Aya's beauty salon work.

To understand Cinderella, one must learn about physiognomyW, a pseudo-science placing significance on one's facial features. Aya Tsuji exposes her belief that the fortune of an individual depends at least partially on their face. Thus by changing the face, specifically molding it into a "joyful face", Aya can effectively alter their fate and even choose what kind of love life her clients will have.[2] This belief also applies to palmistryW and podomancyW among others.[3]

Cinderella is able to replace select parts of one's outer body by creating a replacement for it from the slots on its hand and then sliding the hand into the body to replace said part.[2]

Determining what a client should look like via a computer program,[2] Aya can then modify whatever she believes needs to be modified at her leisure. Because of the rules of physiognomy, by altering their outward appearance, she is able to modify their destiny. She primarily uses this power to change her clients love life in whatever way they have paid her to do.

The client must remain immobile during the body part replacement process, or Aya may botch the procedure. The effects are temporary and last only 30 minutes;[4] Aya uses that weakness as a business tool to push her clients into continuously coming back.[3]

Known makeovers that Cinderella is capable of are:

Those whom the clients affect will feel an unexplainable attraction that may vary in intensity regardless of what they look like, even if the affected person has had bad experiences with the client in the past, but this will stop as soon as the 30 minutes are up.[4] Even an ugly woman with a joyful face has had her lover propose to her.[2] For a "Capturing Love" enhancement, Koichi viewed Yukako as literally dazzling with beauty and events conspired to unite the two.[5]

This ability is first seen performed on Yukako Yamagishi whose slight "Finding Love" enhancement causes her to accidentally have a date with her crush, Koichi Hirose, who was previously turned off by Yukako due to her stalkerish behavior.[4]

Cinderella can also remove body parts from existing humans and place them on others, as done with Yoshikage Kira to disguise him from Josuke and Jotaro.[6] In this case, the effects are permanent and persist even if Aya dies.

Cinderella remembers every face it has beautified and as a result, can generate an exact template of one's former face, as well as generate a large amount of them, which will float around Cinderella.[7]

In the case someone wants to permanently modify themselves, several additional rules apply. Because altering one's fate properly and for a great amount of time requires a lot of energy,[3] one must show the dedication to match. Thus, after being modified, one must apply a special lipstick every 30 minutes for 24 hours, excluding the time when they are sleeping, to keep the enhancements.[3] The lipstick acts like a protection that contains the energy necessary to change Fate.

However, if the lipstick is not applied at the required point in time, the clients face will be deformed into ugliness as punishment for not keeping their word, then all modified body features will gradually disappear. Aya explains it as the failure of applying lipstick causing a leak of energy and thus the collapse of the body.[8] However, Aya is able to fix the body if she wills it. 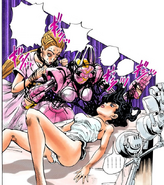 Cinderella being restrained by Love Deluxe 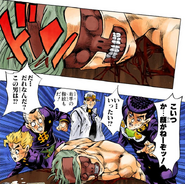 Cinderella being restrained by Love Deluxe

Cinderella (alongside Love Deluxe) featured in the second opening, chase 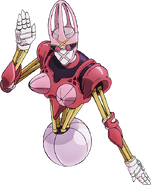