View source
watch 01:40
The Sandman Will Keep You Awake - The Loop
Do you like this video?
Play Sound
For the Anime adaption, see JoJo's Bizarre Adventure: Diamond is Unbreakable.

The film was directed by Takashi Miike,[4] and co-produced by Warner Bros. JapanW and TohoW.[2] It was officially announced on September 28, 2016 and released in Japanese theaters on August 4, 2017.[4] The DVD/Blu-ray version was released in Japan on March 23, 2018.

VIZ Media will release the movie in the west with English subtitles, though the date is unknown at the moment.

One night, Anjuro Katagiri takes a whole family hostage. As the police evacuate the building, Officer Ryohei Higashikata worries about a missing family and calls them, but no one answers. Instead, Katagiri looks at Ryohei's name on the phone, and flees the apartment through the roofs after killing the husband of the family. Katagiri then unexpectedly meets a teenager wielding a bow. The teen shoots him in the throat and retrieves his arrow, but the murderer survives and is congratulated by his assailant who departs, unnoticed. Caught by a helicopter, Katagiri awakens a strange power. When he is interrogated at the police headquarters, he massacres the staff and escapes.

The story jumps to Koichi Hirose, a second year high school student who's just moved into the peaceful town of Morioh, currently plagued by a number of unexplained murders. On his way to school, he is saved from two delinquents by his classmate, Josuke Higashikata. The teen proves to be quite strange, as he becomes angry anytime someone insults his hairstyle, but he can also punch people from afar and mysteriously repairs Koichi's broken bike. Koichi has yet to make any friends except Yukako Yamagishi who acts too friendly for his comfort and thus he follows Josuke around.

The scene changes to two thugs on the street harassing women. Ryohei arrives to talk to one of them, Masaya Yoshizawa, who's left his job. Although he's unwelcome, Ryohei extends a helping hand to Masaya and then leaves. Later, the two fool around at a park where Masaya's comrade, Hirata, is killed by the water of a fountain, which then attacks Masaya.

At the end of the school day, Josuke and Koichi are among the witnesses of a hostage situation. Masaya has taken a cashier hostage, but then taunts Josuke's hairstyle. Angry, Josuke recklessly confronts Masaya and manages to save the cashier with his power. The thug collapses, and a water creature emerges from his mouth. Invisible to all but Josuke, the mass of water jumps into the gutter while Katagiri observes the scene.

Ryohei returns home, greets his daughter Tomoko and scolds his grandson Josuke for recklessly intervening in the hostage situation. Moreover, Ryohei's intrigued, as he thinks Masaya would never commit such a crime. In his room, Ryohei contemplates a wall full of drawings he got as thanks for his service, and punches it, frustrated that yet another member of his community has died.

The next day, Koichi brings a mysterious man clad in white to Josuke. The stranger presents himself as Jotaro Kujo, his nephew, and explains to him that he is the illegitimate son of Joseph Joestar. Troubled by these explanations, Josuke can only apologize for the trouble he's caused, to Jotaro's consternation. Moreover, Jotaro asks him if he's seen strange phenomena, but their discussion becomes a fight when Jotaro unwittingly insults Josuke's hair. Josuke summons his power, but Jotaro also brings out his own ability, a humanoid warrior. Jotaro then explains that both are Stand Users, who can use psychic creatures invisible to ordinary people. Angry, Josuke still attacks and Jotaro stops the flow of time to avoid the strike and punch down Josuke. The fight has defused, and Josuke reveals the water creature he's witnessed yesterday before leaving. Worried, Jotaro reports to Joseph about the incoming crisis.

That night, Katagiri meets with the teen who's granted him this power. Dining at a restaurant, Katagiri demonstrates his control over water, and also vows to kill the teenager who "got in his way". Although the teen lets Katagiri roam free, he doesn't reveal anything about himself. Meanwhile, the Higashikata family is having dinner. Although Tomoko is worried about the local crime wave, Ryohei tells her to believe in the good of Morioh's inhabitants. When Ryohei falls asleep, exhausted, Josuke and Tomoko have a discussion about his father. Although Tomoko is still attached to Joseph, Josuke prefers to look up to his grandfather.

The next day, Jotaro has investigated about Anjuro Katagiri, and deduces that his powers are water-based. Worried, he looks at the incoming rain clouds. Meanwhile, Katagiri has followed Josuke home and unleashes his Stand, Aqua Necklace. Tomoko unwittingly drinks the Stand, but Josuke saves her by having his own Stand punch through her, trapping Aqua Necklace in a bottle and still healing his mother. Tomoko then leaves to go to Trattoria Trussardi, a new Italian restaurant. Josuke calls Jotaro for aid and later goes to prepare the bath. However, in Josuke's absence, Aqua Necklace tricks Ryohei into drinking the bottle by changing its color to appear as alcohol. Josuke and Jotaro are too late to save Ryohei, and they can only mourn him for a brief moment before the enemy attacks them again.

Aqua Necklace has opened all the taps of the house and even started to boil water. Despite their powers, the water Stand is too elusive to fight directly. Thus, Josuke secretly swallows a glove and tricks the enemy into entering his mouth, trapping him. Confronting Katagiri, Josuke then traps him forever inside a rock.

At the same time, the mysterious teen feels that his ally has been defeated, and prepares for the incoming battle.

Josuke against the Nijimura Brothers

Later, Josuke prepares himself for Ryohei's funeral, which prompts Tomoko to recall the unsolved murder of a high school girl and praise her father as a pillar of Morioh's community. During the funeral, Josuke spots the mysterious teen who smiles at him. Suspicious, he and Koichi follow him up to a derelict mansion, the property of the Nijimura family. One new foe, Okuyasu Nijimura, attacks Josuke while the mysterious teen, revealed as the big brother Keicho Nijimura, shoots Koichi with the bow.

Josuke fights Okuyasu, a dangerous enemy whose Stand, The Hand, can erase anything its right hand touches and even teleport objects by erasing the space between them. Nonetheless, Okuyasu is quickly dispatched when he teleports a statue into his face and is knocked out.

Meanwhile, Keicho has dragged the wounded Koichi inside the house. Josuke follows him and confronts him, but is then suddenly attacked. While Josuke avoids the attack, the returning Okuyasu gets his whole face pierced. Josuke retreats while Keicho disappears further inside his mansion.

Josuke heals Okuyasu, who realizes the nobility of his foe. In gratitude for healing him, Okuyasu uses his power to teleport Koichi, allowing Josuke to save him. Nonetheless, Okuyasu steps aside for the remainder of the battle.

Josuke and Koichi then explore the mansion and are attacked by a whole army of miniature soldiers, helicopters, and tanks, which are collectively Keicho's Stand, Bad Company. While Josuke is slowly but surely overwhelmed by the onslaught of attacks, Keicho expresses his interest for Koichi who's survived the arrow and must have had gained a Stand. Unfortunately, his powers presents itself as a mere big egg. Disappointed, Keicho moves in to finish off both but the egg hatches, revealing the real Stand, which is still powerless to stop Keicho. Nonetheless, the distraction has allowed Josuke to repair some missiles which he throws back at Keicho, defeating him.

Wanting to destroy the Bow and Arrow, Josuke and Koichi explore the attic of the mansion, only to discover a chained monster. Reappearing with the bow, Keicho explains that the monster is his own father, transformed into an immortal abomination, and that he seeks a way to grant his father death. Nonetheless, Josuke repairs the pieces of a photograph of the Nijimura family, which the monster takes and holds dearly, demonstrating that a lingering trace of Keicho's father remains.

Stupefied, Keicho is speechless when Josuke offers his help to find a way of healing his father. But even with Okuyasu's insistence, he refuses to hand the Bow and Arrow, considering he's gone too far to step down.

Suddenly, a new foe appears. A miniature tank leaps through the window and attacks Okuyasu. Keicho jumps to throw his brother aside and dies when the tank explodes.

Okuyasu mourns his brother, and Josuke meets again with Jotaro, swearing to continue his grandfather's work of protecting the town. Josuke, Koichi and Okuyasu then become friends and comrade in arms.

Initial rumors in July 2016 of a movie adaptation of Stardust Crusaders being in production began to circulate only for no official confirmation to validate the authenticity of the claims. Eventually on September 28, 2016, at a panel to promote JoJo's Bizarre Adventure the film was revealed to the public, instead being an adaptation of Diamond is Unbreakable. TBSW producer Takashi Hirano explained that the staff decided to adapt the manga's Part 4 storyline since it features a Japanese protagonist in a Japanese setting. He then further clarified that the cosmopolitan nature of the manga offers a chance for Japanese cinema to expand across the world; including actors of a particular Part (such as English or Italian characters) to be played by their appropriate race.[5]

In regards to the film's subtitle of "Chapter I", Hirano explained that due to the complexity in the plot and characters of Part 4 it would be impossible to adapt its entirety into a two-hour film. Hirano then said that if the film is a commercial success, he'd love to adapt the remainder of Part 4 through more films. Director Takashi Miike decided on the Spanish city of SitgesW as the shooting location after looking through options worldwide. He acknowledged that the original manga's setting is loosely based on the real Japanese city of Sendai, but determined Sitges was the closest match to Morioh's fictional setting.[5] 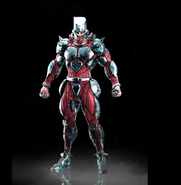 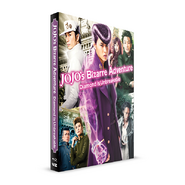 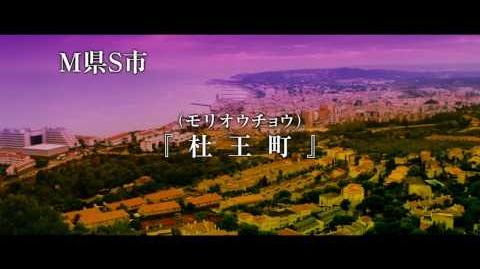 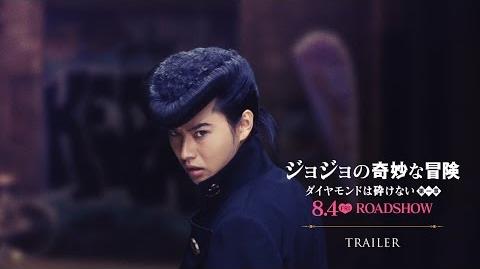 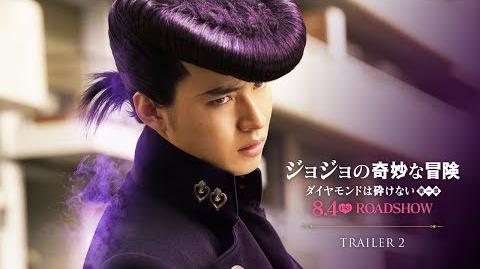 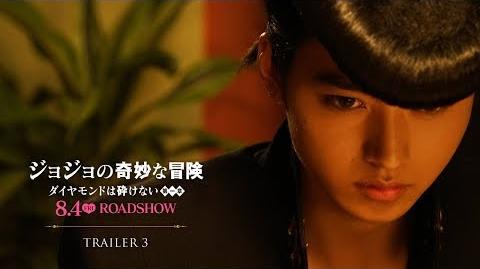 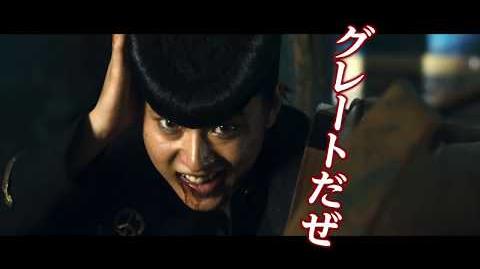 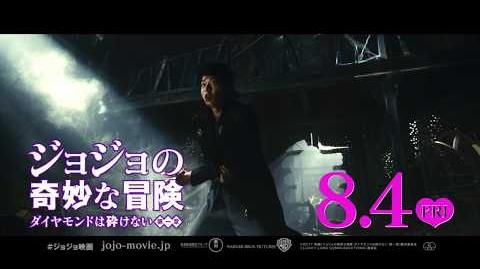 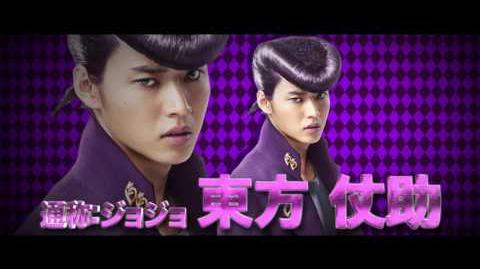 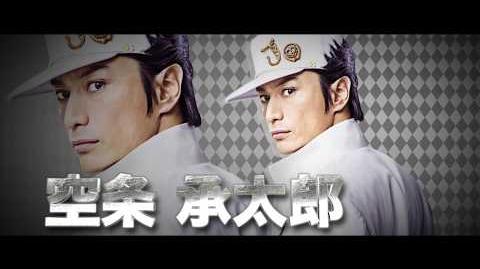 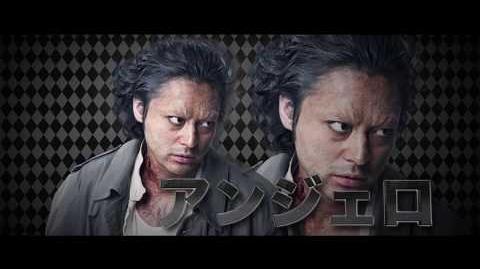 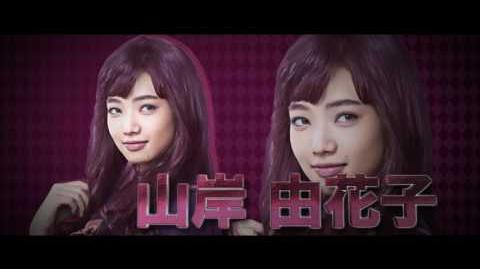 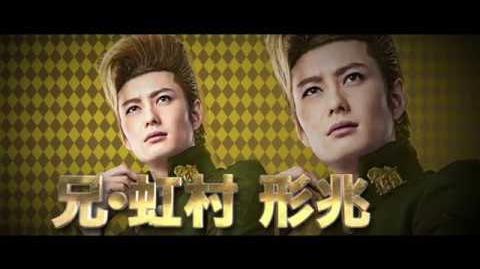