This is the second game for the PS2 that is based on JoJo's Bizarre Adventure. It was released to coincide with the 20th anniversary of the series.

Phantom Blood is an action game with a 3D beat'em up model. Like GioGio's Bizarre Adventure, the gameplay takes place in the form of hand-to-hand battle in a free-roaming arena where the characters can't leave. The game is divided into chapters, in which the playable characters change for each chapter as the story progress.

Next to the character's health, there is a bar called Heat Gauge which fills up while damage is inflicted on enemies and lowers when the player takes damage. When the Heat Gauge is full, the words Heat MAX will flash inside of it indicating that the player is able to use an Overdrive move. When applying the move, the screen will change to a cinematic of the character performing his distinct attack in a multi-colored background while an empty bar will appear. Filling this bar by quickly circling the left analog stick clockwise will prompt the character to do a barrage of attacks to the opponent while the player needs to tap the square button. If the player doesn't succeed, a less powerful attack will still be delivered and inflict damage. Only Ripple users and Speedwagon (Hammer) are able to use the Overdrive technique.

Various poses from the series are used in the gameplay to increase the Stamina Meter. The Stamina Meter, divided into 3 levels, shows how much a Ripple-charged attack can be used. It's depleted each time the Ripple is used by pressing the R1 button. The longer R1 is held, the stronger the Ripple move will be and more Stamina Meter will be depleted. To refill the Stamina Meter, the player needs to perform a pose by holding the X button.

If the player uses the X button after a combo, they can either increase their stats (Defense, Attack or Speed) or recover their health by performing a different pose. Each combo prompts a different increase and pose.

The story mode follows the manga history, step-by-step. The game is heavily composed of cutscenes, with the same voice actors from the Phantom Blood anime movie faithfully re-creating the manga storyline through dialogue in static comic book cinematics and fully 3D rendered cutscenes for key events. The cutscenes take up to 70% of the expected time to finish the game.

It's possible to win fights that, in the original storyline, the main character lost. If the player wins against the bullies or Dio in the boxing match, the dialogue will be different. Losing these battles don't affect the gameplay in any way, prompting the player to normally continue story mode.

After a fight, the game provides the player with a letter grade (S, A, B, C, D & E) based on a score of six categories: Time, Accuracy, Beat, Number of Blocks, Hits Taken and Enemies Killed. If the player wants to retry a chapter, they can do so without needing to go through Story Mode again. By selecting Chapter Mode on the main menu, the player can freely play any previously beaten chapter.

Museum provides access to Profiles, with descriptions of each one of the 32 characters that were met or defeated in the game, and Theatre, which allows the player to view all of the 80 cinematic cutscenes found in the story mode. Sections that need to be unlocked include:

The playable characters are all from the Phantom Blood manga, including several unnamed and minor characters. Depending on the mode, players can choose to play as alternate versions of Jonathan and Dio from different points in the story. Each character has their own varied movesets. However, there is not a single mode that allows you to freely select any character. The characters that can be played as are limited depending on the mode and selected battle.

The group of heroes at the ending 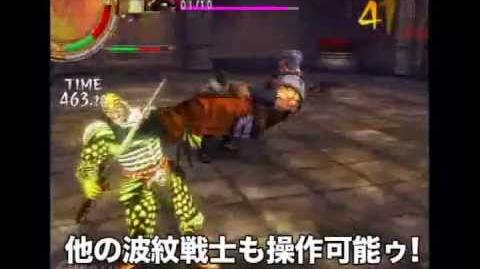 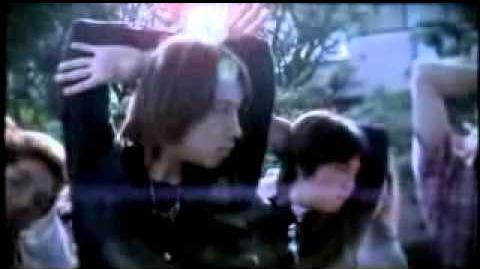