48 (List of episodes)
This article is about season two of the TV anime. For the OVA adaptation, see JoJo's Bizarre Adventure (OVA).

Season 2 adapts the entirety of the manga's third arc, Stardust Crusaders, and spans 48 episodes with the latter half titled Stardust Crusaders: Battle in Egypt (スターダストクルセイダース エジプト編, Sutādasuto Kuruseidāsu Ejiputo-hen). It was introduced in the 47th issue of Weekly Shōnen Jump 2013; and the first episode aired on April 4, 2014. The season ended after 48 episodes on June 19, 2015. A third season, covering Part 4, began airing in Japan on April 1, 2016.

Media distribution service Crunchyroll has obtained the streaming license for the anime with English Dubbed Version only used on July 5-6, 2014 at Midnight to 1:30am (EST), which can be viewed on their website. 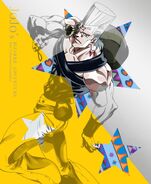 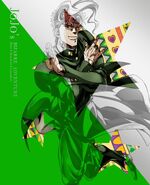 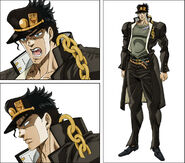 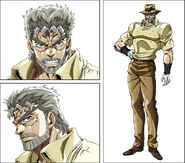 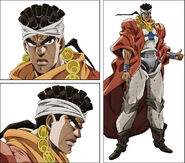 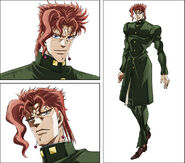 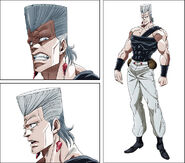 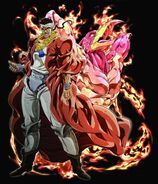 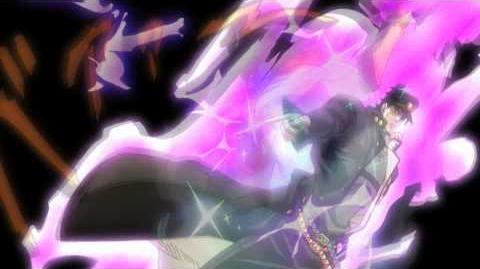 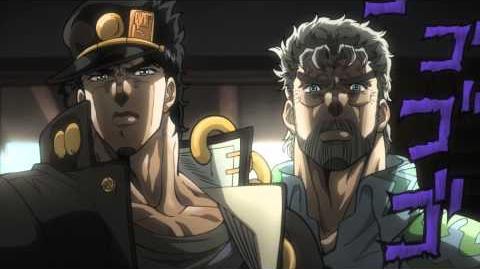 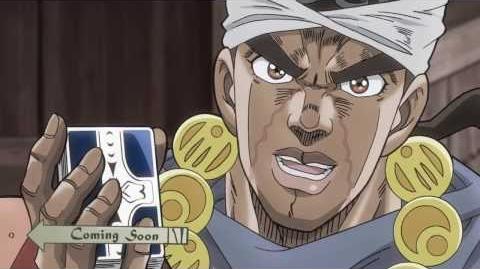 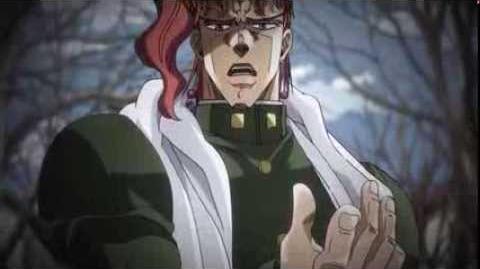 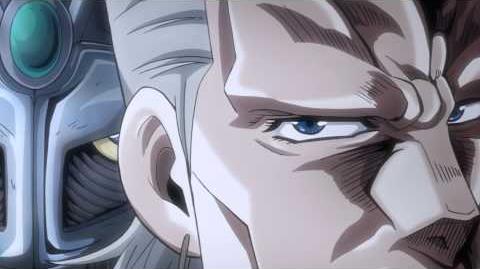 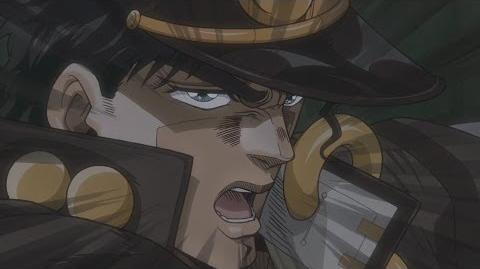 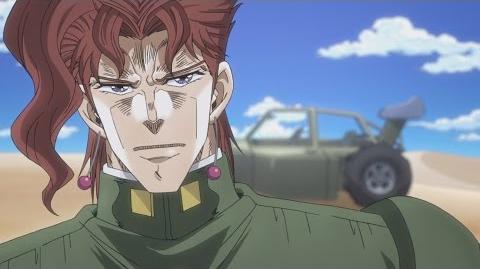 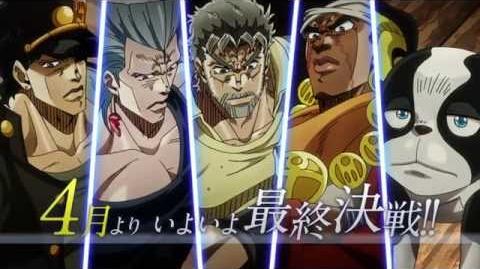