Within the JoJo's Bizarre Adventure franchise, there are two Original video animation (OVA) series that adapt Stardust Crusaders, both by Studio A.P.P.P..

The original six-episode series in 1993 began with Joseph, Jotaro, Polnareff and Kakyoin in the Egyptian desert on their quest to find DIO (Volume 20 in the manga). The series offered very little exposition, assuming the viewer was already familiar with the backstory and first half of Stardust Crusaders. A prequel seven-episode series was released in 2001, offering an explanation for those unfamiliar with the story in the previous series, and started at the beginning of Stardust Crusaders with Joseph coming to Japan to explain Jotaro's strange behavior (Volume 12 in the manga).

The entire 6-volume (13-episode) anime series has been released in English in canonical order by Super Techno Arts. 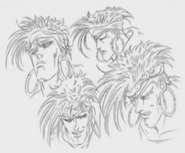 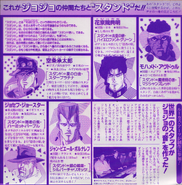 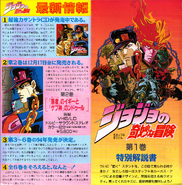 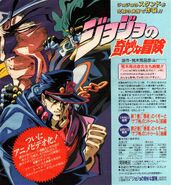 In May 2008, both studio A.P.P.P. and Shueisha halted OVA/manga shipments of JoJo's Bizarre Adventure after a complaint had been launched against them from EgyptianW Islamic fundamentalistsW, after noticing a scene in the OVAs that had the villain, DIO, reading a book depicting pages from the Qur'anW.[1] This recall affected the English-language release of the manga as well, causing Viz Media and Shueisha to cease publication for a year. Even though the manga did not feature that specific scene, Shueisha had Araki redraw scenes that depicted characters fighting on top of, and destroying, mosqueWs.[1] Viz resumed publication a year later, with the eleventh volume being published on April 7, 2009, though distribution of the OVA had been permanently cancelled.[2] 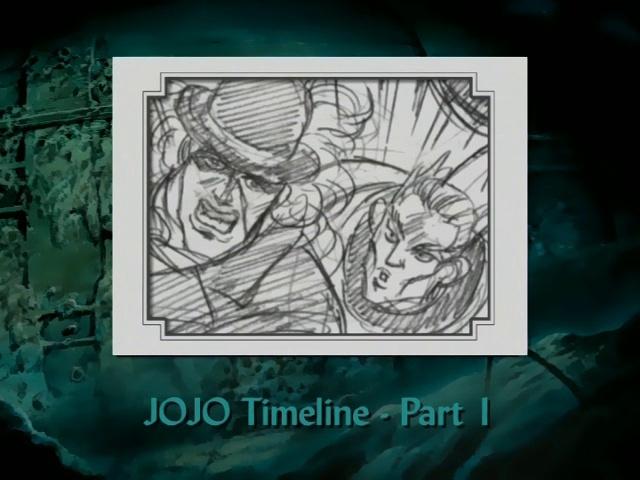 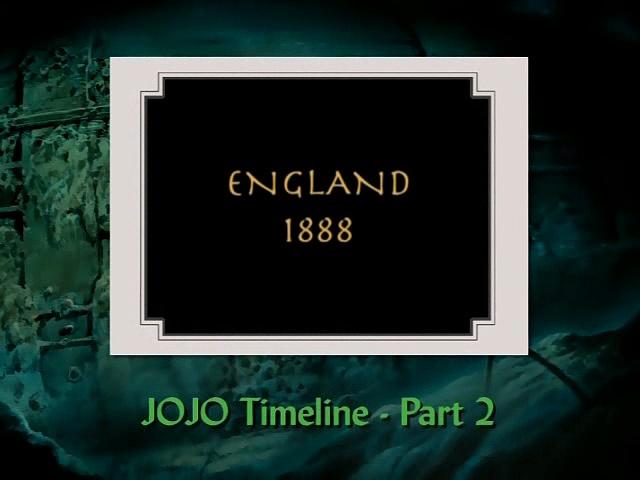 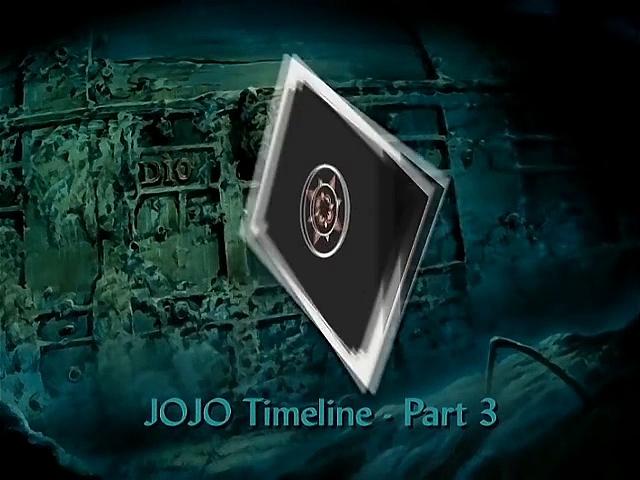 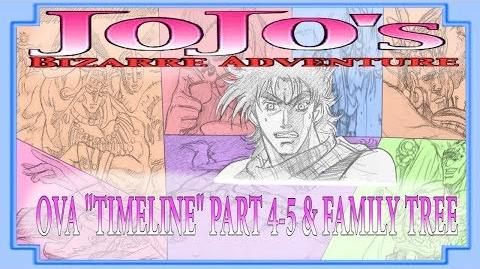