JoJo's Bizarre Adventure: All Star Battle (ジョジョの奇妙な冒険 オールスターバトル, JoJo no Kimyō na Bōken Ōru Sutā Batoru) is a fighting game based on the JoJo's Bizarre Adventure franchise, developed by CyberConnect2W and published by Namco Bandai GamesW. The game was released exclusively for the PlayStation 3 on August 29, 2013.

The game includes major characters from each part, from Phantom Blood to JoJolion,[1] eventually including the protagonist from Baoh: The Visitor as a guest character, for a total of 32 in-game characters and 9 DLCW characters; a combined 41 characters in all.

Along with the anime, it was announced on July 5, 2012 to coincide with the 25th anniversary of the series. The game was the winner of the 2012 "Japan Game Awards" and was scored 40/40 by FamitsuW.

In the US and EU releases, some names have been changed to avoid copyright issues whilst still retaining the naming themes Araki was aiming for. The game was released on April 25, 2014[2] in Europe, and April 29, 2014 in the US.

In early 2018, the game and its DLC was removed from EU PSN store for unknown reasons.

All Star Battle has a 2.5D fighting style with 3D cel-shaded characters. Gameplay in All Star Battle shares similarities with JoJo's Bizarre Adventure: Heritage for the Future, and boasts a wide variety of different styles, rules, and abilities among each individual fighter.

In certain match-ups and under certain conditions, the special attacks for some characters change to how they are panned out in the manga. The examples include:

There are 12 stages, with each part having one or two. There is also one special stage only accessible as a result of a character's moveset. Each stage has their own hazards and situation finishes. Stage hazards can be turned off on the Stage Select Screen. 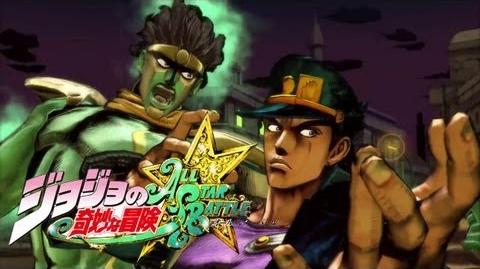 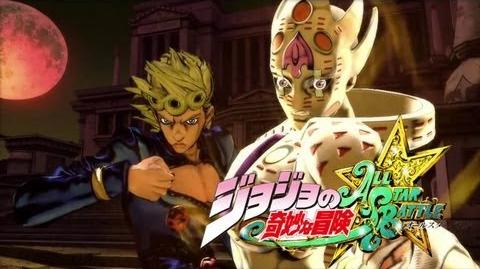 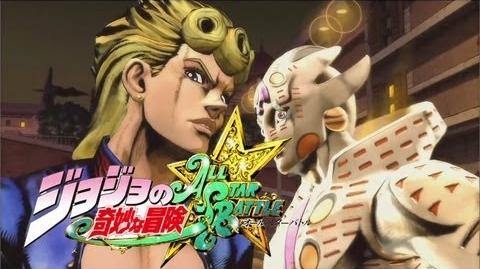 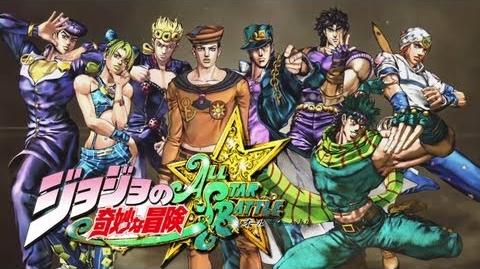 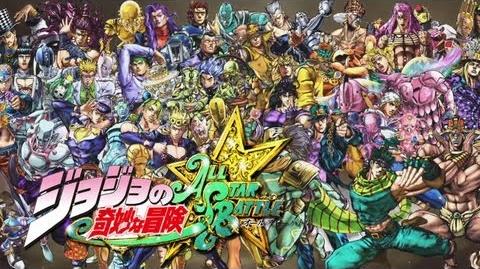 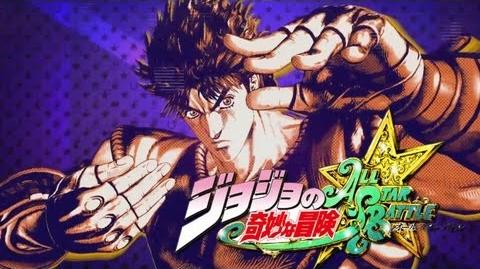 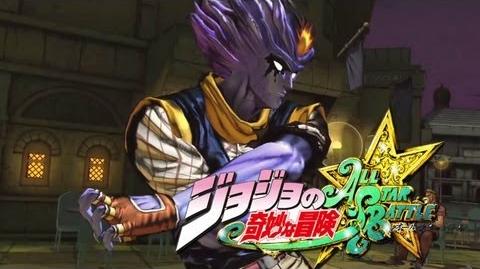 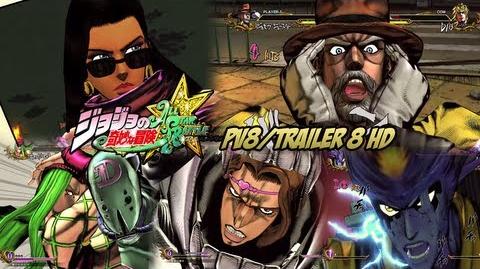 The soundtrack was composed by Chikayo Fukuda, who created themes for each of the playable characters.

Some of the names in the non-Japanese territories were changed to avoid copyright lawsuits. Namco Bandai pledged to change the legally-risky names while keeping the patterns Hirohiko Araki aimed for, without obscuring the name references. Below is a list of the name changes that are more than just spelling: