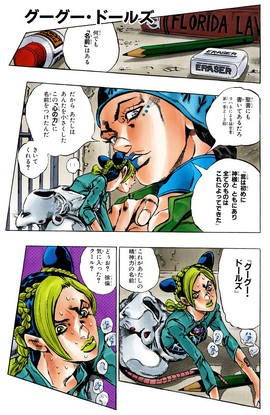 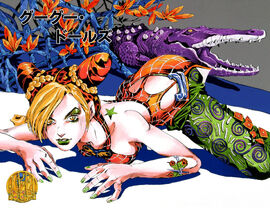 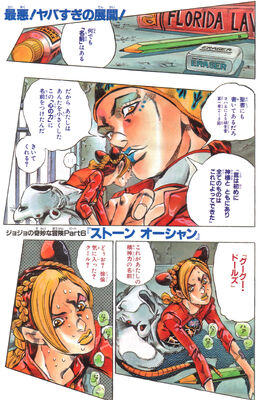 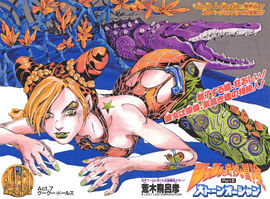 Gwess has named her Stand Goo Goo Dolls. She orders Jolyne, who is wearing the mouse corpse, to reach the control center in order to scout for a way to escape from the prison. However, when Jolyne reaches the place indicated, her body begins to grow, suggesting that Gwess' ability weakens the farther the victim is from the user.

Retrieved from "https://jojo.fandom.com/wiki/SO_Chapter_7?oldid=302390"
Community content is available under CC-BY-SA unless otherwise noted.