Thus Spoke Kishibe Rohan (岸辺露伴は動かない, Kishibe Rohan wa Ugokanai, lit. Rohan Kishibe Does Not Move!) is a series of OVAW adaptations of the eponymous series of one-shots, featuring Diamond is Unbreakable character, Rohan Kishibe. Much like the one-shots themselves, the episodes are released out of order.

The first OVA episode was announced on April 15, 2016 and was produced by David Production. It adapted Thus Spoke Kishibe Rohan - Episode 5: Millionaire Village. The promotional DVD was made exclusive to applicants who had purchased the entirety of the Diamond is Unbreakable Blu-Ray or DVD set before the deadline of July 31, 2017. 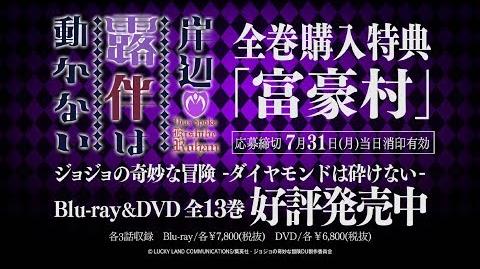 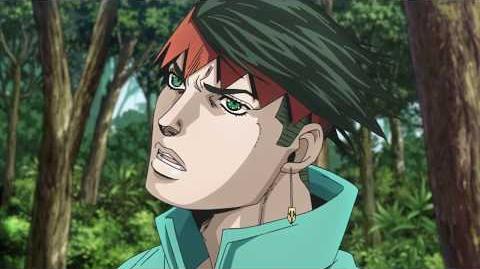 Retrieved from "https://jojo.fandom.com/wiki/Template:Thus_Spoke_Kishibe_Rohan_(OVA)?oldid=358446"
Community content is available under CC-BY-SA unless otherwise noted.