The Louvre Invites The Comics

The Louvre invites the comics

For the event, a series of original French bande dessinées (BD's), Japanese manga and American comic books were published and showcased at an exhibition in ParisW, FranceW from January 22 to April 13, 2009 at the Louvre MuseumW (Musée du Louvre).

The event was organized by Fabrice Douar, deputy director of the department of publications at The Louvre Collections and Sébastien Gnaedig, the editorial director of Futuropolis. With scenography by M.-A. Mathieu.[1]

The venue was open daily, except for Tuesdays, from 9am to 6pm, and until 10pm on Wednesdays and Fridays in the Sully Wing on the mezzanineW floor of the Museum.[3]

As for Éric Liberge's On the Odd Hours (Aux heures impaires), five A3-sized composition sketches were showcased alongside high-definition prints of the corresponding pages.
Bernard YslaireW and Jean-Claude CarrièreW's unreleased comic, The Sky Over the Louvre (Le Ciel au-dessus du Louvre) was presented as a video projection.

Lastly, Hirohiko Araki's work in progress manga, Rohan at the Louvre (Rohan au Louvre), was previewed at the exhibition in the form of two A2-sized pages.

Announced on May 2016, the exhibit was established by the Louvre Museum to celebrate the ninth prestigious art medium, comic books. Among sixteen other artists[5], one of the exhibits main highlights was Hirohiko Araki's Rohan at the Louvre, presented at a large display.

Exhibit in Tokyo, Japan (Louvre No. 9) 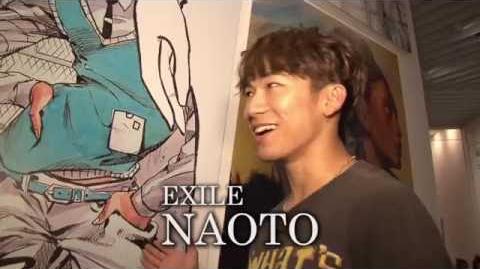